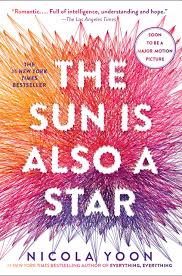 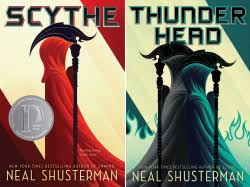 Although I haven’t gotten around to posting about books lately, that definitely doesn’t mean I have not been reading!

Justyce McAllister comes from the rougher part of the neighborhood. A good kid, attending a mostly all white, ivy-league prep school, bound for Harvard; he hasn’t experienced the injustices of other African American teenagers. That is until the night he is in the wrong place at the wrong time. After being falsely accused, he now starts to notice all the injustices that have been going on around him.

With his best friend, Manny, who also happens to be African American, and one of the richest kids in the prep-school, they start to wonder about what causes people to be racially profiled. During one particular argument between the two, with loud music blaring out of their car, they cross paths with a cop. Shots ring out and one of them dies. But instead of the cop going on trial, it is the boys themselves who are put on trial. Are they “thugs” or are they innocent teenage boys who others will always see as hoodlums? This is a gripping tale that is sure to have you on the edge of your seat.

The Sun is Also A Star by Nicola Yoon

From the day Natasha and Daniel meet, their lives will never be the same. Natasha’s family hails from Jamaica (illegally in the United States) whereas Daniel’s family comes from Korea. The very day Natasha’s family is to be deported, she encounters Daniel on her way to the Immigration office where she is hoping to find a way to stay in the only country she has known. Natasha has always been one to believe in science and facts; Daniel has always been the “good” son, doing everything his traditional Korean family has wanted, but not the one thing he wants: to be a poet.

When their chance meeting happens, Daniel sees it as a sign, Natasha simply sees it as a coincidence. Daniel will spend the rest of the time trying to convince Natasha to fall in love with him, even using “scientific data” to prove it was meant to be.

What I felt was so compelling about this book is the way Yoon creatively interweaves Natasha’s and Daniel’s stories and backgrounds throughout the novel. Not only their lives, but we also get to be privy to the thoughts and lives of many minor characters that sound the two main protagonists. One such instance occurs when we meet Irene, an extremely depressed woman working as a security checker at the USCIS building. She spends her days looking through people’s belongings, not only as part of her job, but as a way to feel connected to others. After seeing Natasha for about a week, she decides to look more closely at Natasha’s phone case which has a picture of Nirvana. After listening to Nirvana’s album, and researching the suicide of Kurt Cobain, Irene decides to commit suicide. She ends up not following through though, after she receives a message that Natasha called to thank her (it turns out because of Irene taking so much time to “thoroughly” check Natasha through, this was a catalyst that helps cause Natasha and Daniel to meet. The book is checkered with many more occurrences between minor and major characters.

I really enjoyed the book and appreciated the countless amount of characters that you become connected to in this book. It is set to be released as a movie in 2019 and will be one that you will not want to miss!

I think I just found my new favorites! Scythe and Thunderhead are the first two books from the Arc of Scythe series (book #3 The Toll is scheduled for a 2019 release). The series is set in a Dystopian society where artificial intelligence the “Thunderhead” now governs the world. Because of this poverty, disease, and even death no longer is a human concern. In order to maintain population balance, the Scythedom is commissioned with the task of “gleaning” (the only way people can actually die) certain people if they meet with certain statistical data criteria. Scythe’s therefore are treated with the upmost honor. Citra and Rowan are two students who become apprentices to be groomed into Scythe’s. But with a portion of the Scythedom becoming “new order Scythes” will they be able to live long enough to help put the world back into order?

I believe Shusterman does an excellent job at looking into what would happen if we were able to get everything we want. What could be the ramifications of that? What if the “Thunderhead” (which in our time is the ‘Cloud’) becomes essentially ‘God-Like’? These are definitely themes that Schusterman delves into with this series. Even though this looks at series situations, I also enjoyed a few of the lighter moments that are in these books, particularly when people commit “splattering”. Splattering is a game they play where as they “splatter” on windshields, etc. just like bugs. Who wouldn’t, in a society where you are just “deadish” for a while until you are revived at Revival Centers?

View all posts by Holly Nolte